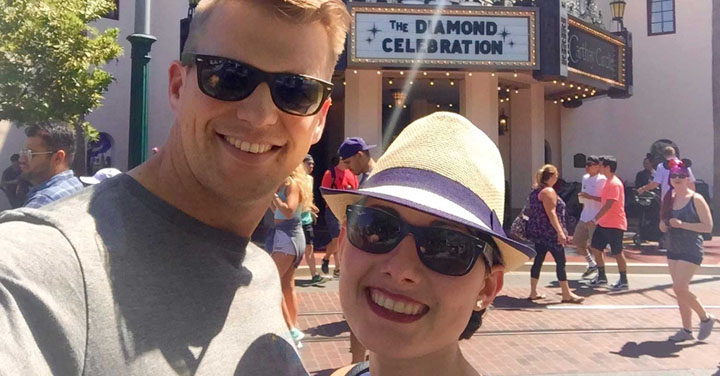 How Budgeting Helped This Couple Pay Off $17,000 of Debt

But according to Brandi, the best part about the year wasn’t paying off the debt. It was how budgeting strengthened her marriage.

How Budgeting Strenghtened Their Marriage

Shortly after Brandi and her husband, Phillip, decided to tackle their pile of debt, they signed up for EveryDollar. “Before we started using EveryDollar, we were paying the minimum payments on our debt. And because my husband didn’t understand my reasoning for it, it was kind of a struggle,” she explained. “But once we were on the same page, we started making extra payments.”

Brandi's also a big fan of the zero-based budget. “That makes it so much easier to see how much we have left to spend in a month,” she says. “And it was good for me to be able to play with the numbers and set our goals.”

Now that their debt is behind them, they’re working on saving three to six months of expenses in an emergency fund. Brandi says having that extra savings in the bank helps her relax. And the financial security helps them both sleep better at night.

“As a couple, we’ve been able to see that having that extra money allows us to do so much more,” Brandi says. “We can save for more of the things we want to do. We can make a last-minute decision to go on a trip. I’ve had some car repairs, and we’ve just handled it. It’s not a big deal. And we don’t have to worry about how it’s going to affect the rest of the budget.”

They’re even talking about buying a house now. Brandi says paying off the debt and having an emergency fund in place makes that next step feel more realistic—and less risky.

And since her husband is in the military, he wouldn't always be around to take care of minor home repairs. But with an emergency fund of three to six months of expenses, Brandi feels confident she could handle any minor issues that come up while he’s gone—without the stress that would normally come with those surprise expenses!

“Doing the budget together and being on the same page made such a difference in our marriage,” she says. “I feel like we are so much more unified on what our goals are and what our plan is. It’s such a freedom to know where we are and that we can move forward—together. Our marriage is better off now.”