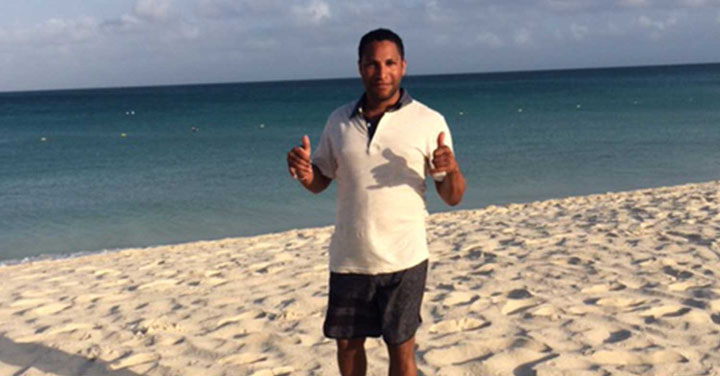 How Budgeting Is Helping One Man Save $40,000 This Year

“I didn’t know what budgeting was. I never learned about money growing up. I didn’t even know how to read a bank statement.”

That’s where his story began.

Fast-forward to today. Now Chris not only knows how to budget his money (and, yes, read a bank statement), but he’s also kind of a budgeting ninja.

“I saved $30,000,” Chris said. The most impressive part? It only took him one year! And now he’s setting out to break his own record.

So how did this ordinary guy manage to turn his finances around so drastically?

“I always thought budgeting was some tedious process of writing stuff down and keeping receipts,” he said. “But once I learned what it actually meant, it just became so easy.”

He hit his massive savings goal by committing to saving $1,500 a month for a full year. But on top of that, he found ways to trim his spending—and even adjusted his budget throughout the month to reflect how much he was really spending in certain categories. If he wasn’t going to spend the full amount he budgeted for groceries, he simply moved the extra money into savings.

Before he knew it, he was on the fast track to saving more than ever.

And EveryDollar made the whole process even easier. “It’s so simple to use,” he said. Now, instead of tracking his spending with paper receipts (and letting them stack up for three months), he just uses his EveryDollar app to keep a record of his purchases.

"I feel like I find extra money every month just by budgeting."

Chris said creating a budget with EveryDollar each month has allowed him so much more freedom—which is great. But it’s also turned what would’ve felt like emergencies into nothing more than minor speed bumps. “The other day, the check engine light in my car came on,” he explained. “I had to spend $474, and I didn’t even have to go into my emergency fund to cover it.”

It’s hard to believe this is the same person who worried about over-drafting his account just a few short years ago. “I used to be the type of person who thought if I didn’t look at my bank account, then money would just appear in it,” he admitted. “It’s like I was scared to see how I was using my money.”

But now that he has a budget in place and makes a plan for his money every month, he feels more responsible, less stressed and even excited about his future. “Now, I feel like I find extra money every month just by budgeting,” he said. “And because I don’t have any debt, it’s improving my quality of life. I’m not sending it to a bank. I like that.”

When Chris does find some extra cash, he moves it right into savings. For example, if he has $120 left in his restaurant budget and knows he’s only going out to eat one more time before the month ends. “I’ll keep $50 in my restaurant budget and move the other $70 straight into my house fund. I make myself not spend that extra money. I move it into my savings that day.”

Those little savings have paid off. “I don’t think people realize little amounts add up,” he said.

If he could give just one piece of advice to people who aren’t living on a budget, it would be to just give budgeting a try. “I think when people think about budgeting, they think about accounting. Like you’re just sitting there in an office with no windows,” he said. “But be open to learning about it—because it actually improves your life.”

He adds that it’s also important to be patient. “It’s going to take a month or two to get the hang of it. But it can literally change your life. You can quit being stressed about money—and it’s very easy.”

Set up a free EveryDollar budget and find extra money each month. It’s easy to use and takes less than 10 minutes to get started!