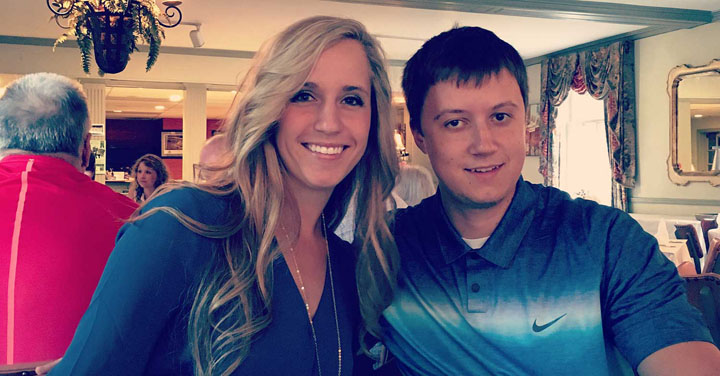 How One Teacher Found $400 a Month to Pay Down Debt

When Katie B. from Zanesville, Ohio, left the corporate world for a new career as a high school business teacher, she knew the 50% drop in her pay would require some financial adjustments.

Having followed in her dad’s footsteps to a career in business, Katie found the work took too much time away from her family. In an effort to reclaim her schedule while still pursuing her passion for business, she decided to teach instead.

For the past two years, Katie has been teaching high school students the Foundations in Personal Finance curriculum.

Despite the big pay cut, she and her husband, David, who is also a teacher, have gotten intense about budgeting and are close to reaching a goal they share: to become debt-free. As they reviewed their monthly expenses using EveryDollar, they found extra money they could throw toward their debt—including hundreds of dollars they were spending on eating out.

“Before using EveryDollar, we were just spending all the extra money,” Katie says. “We would go to an Indians game or get a new outfit or go out to eat. Because it was just the two of us, we ate out all the time thinking it was cheaper. But then we figured out that it wasn’t. So I started cooking more. I even looked into those pre-made meals that you get sent to you; it was actually cheaper to do those than it was to eat out.”

Katie says budgeting was the key to trimming splurges. “I found that once I started being aware of my spending, I cut my eating out by $400 a month.”

See how much extra money you can find by creating a budget with EveryDollar. It’s free to use and takes less than 10 minutes to set up!

Win With Money on Any Salary

Not only are Katie and David dedicated educators, but they’re also both working extra jobs to get rid of their debt faster. Katie earns $37,000 as a teacher. She increases her income by coaching sports at her high school and serving as an adjunct professor at a community college, while David has taken on side work in construction.

“Our goal is to be debt-free,” Katie says. “We’re selling our house... With the money that we’re making from the house, we will be virtually debt-free. I will never ever have a car loan again.”

Today, Katie is doing more than just winning with her own money. She’s sharing her wisdom with her students! In one of her Foundations in Personal Finance class experiments, Katie uses examples from her own budget to challenge students to think ahead about what life might be like when they are adults and managing expenses.

Katie is also passionate about teaching her students about investing, saving and staying out of debt.

“We talk about the importance of mutual funds, what students could be putting back for a car, and how long it would take them to save for the cars that they want. They’re pretty shocked at how quickly they can save for a car. And we go through how to not take out a loan.”

Even though she has faced some adjustments since becoming a teacher, Katie says she’s seen that living life on a budget and without debt is a simpler life.

Katie has some advice for new budgeters about wins, losses and sticking with the program.

“Don't be afraid to fail, because you will,” she says. “You will fail multiple times before you figure it out. It took me about a year to get everything the way it worked for me, and to know how much money I needed to put toward groceries versus extra things. At certain times during the year, I have to budget differently. Figure out your niche, because you’re not going to be the same as everyone else. Don’t compare yourself to other people, because it’s completely different for everybody.”

It’s because of dedicated educators like Katie that more than 3 million students have learned Dave Ramsey’s life-changing principles through Foundations in Personal Finance: High School Edition.