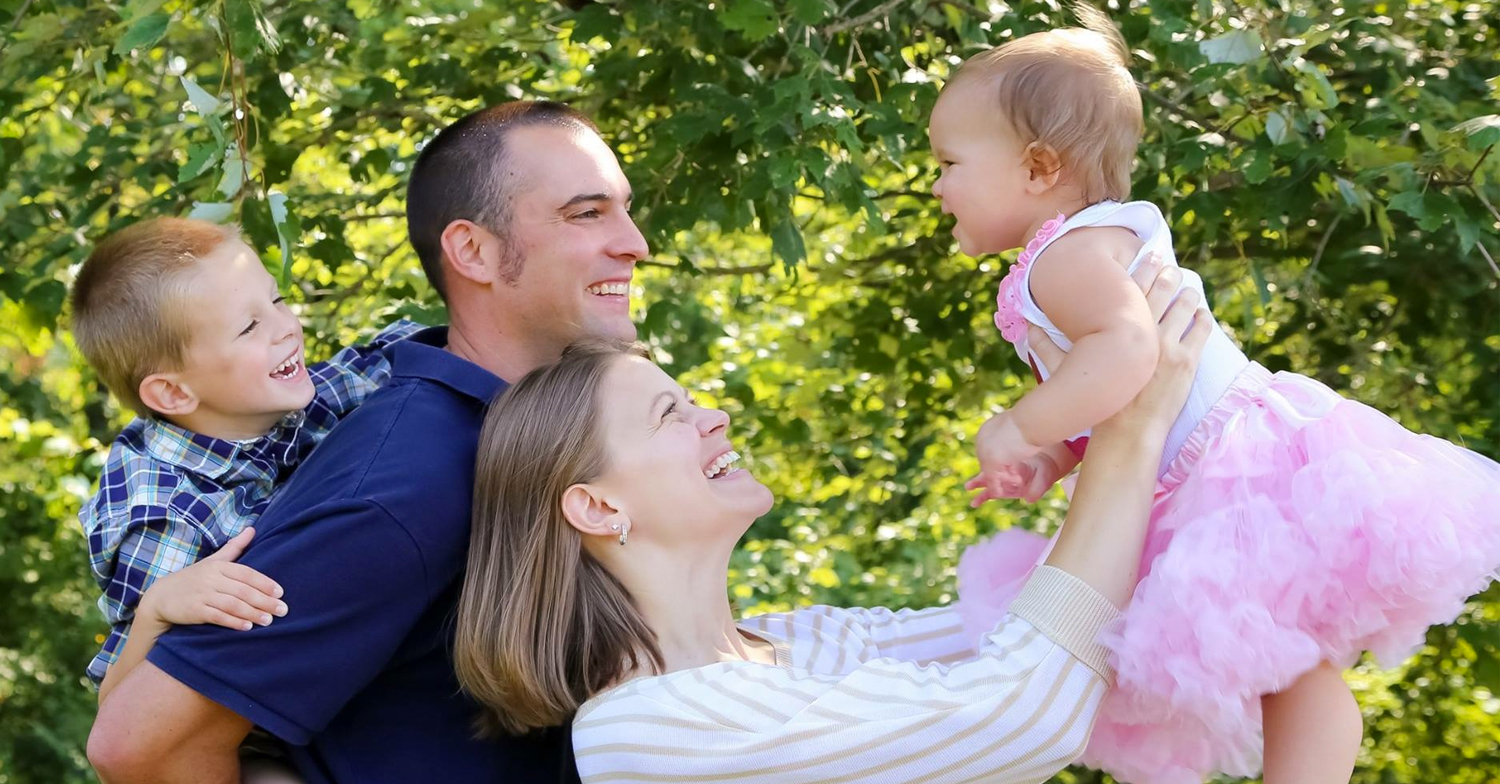 Before they started using EveryDollar, Rachel and Shawn G. didn’t really budget. They sort of planned what they were going to spend for the month, but they didn’t stick to it. And they definitely didn’t pay more than the minimum on their $26,000 worth of car debt.

All that changed when this Charleston, West Virginia, couple discovered the free budget app. For the first time, they began planning and tracking their spending together. And they soon realized how much money they were wasting each month.

They found enough “extra” cash to bump up their debt payment from $670 to $1,400 a month! That’s more than double their original payment! And after 14 months of hard work and smart spending, they are now completely debt-free (and heading to Disney World with cash in their pockets!).

“I started watching my grocery budget a lot closer,” Rachel says of the estimated $100 they now save on food each month. “With two kids (ages 5 and 2), we go through a lot of food. So we switched grocery stores. We started going to Aldi, and now we buy most of our stuff there. It's easy to stay on budget because it’s very reasonable and they have a lot of organic stuff, which we like to buy.”

They also trimmed how much they were spending at restaurants and on gas. By eating out less and running all their errands in one trip, they save about $50 in each of these categories every month.

Perhaps the biggest monthly money-saver, though, was giving up costly impulse buys. “Before [EveryDollar], if I went to the mall and I wanted to spend $300 on clothes, I just did it—whether it was for me or for the kids,” Rachel says.

Now she waits, watches for sales, and buys less. “I found that we had drawers upon drawers of clothes that we never wore. So we just kind of stopped [buying so much].”

"When it comes to sticking to the budget communication is crucial."

Even though Rachel and Shawn are now debt-free, they still make a plan for their money every month before they spend it.

Rachel says the key to making their budget work is teamwork. Each month, they sit down and plan for their water and gas bills, kids’ daycare tuition, and any special expenses for the month.

And when it comes to sticking to the budget, she adds, communication is crucial. That’s why they use the EveryDollar app to track expenses on the go.

“With EveryDollar, I can just pull up the app on my phone, or my husband can do the same, and we know how much we have left [to spend for the month]. We stick to our budget better.”

Now that they’re out of debt, their future plans are even bigger. They want to start socking away more money for their kids’ college funds. Their long-term goal is to send both kids through school debt-free, no matter what degrees they choose.

“If they want to be doctors, we want them to do that debt-free,” she says. “We don't want them to be limited because we bought too many cars.”

Rachel and Shawn know their motivation. It’s their kids. And that’s more important to them than cars or clothes or anything else. When they changed their budget to reflect their goals, they made unbelievable strides with their money.

That’s the beauty of an EveryDollar budget. You name the destination. We’ll help you get there.

See how much money you can find to achieve your goals with an EveryDollar budget. It’s free and takes less than 10 minutes to set up.