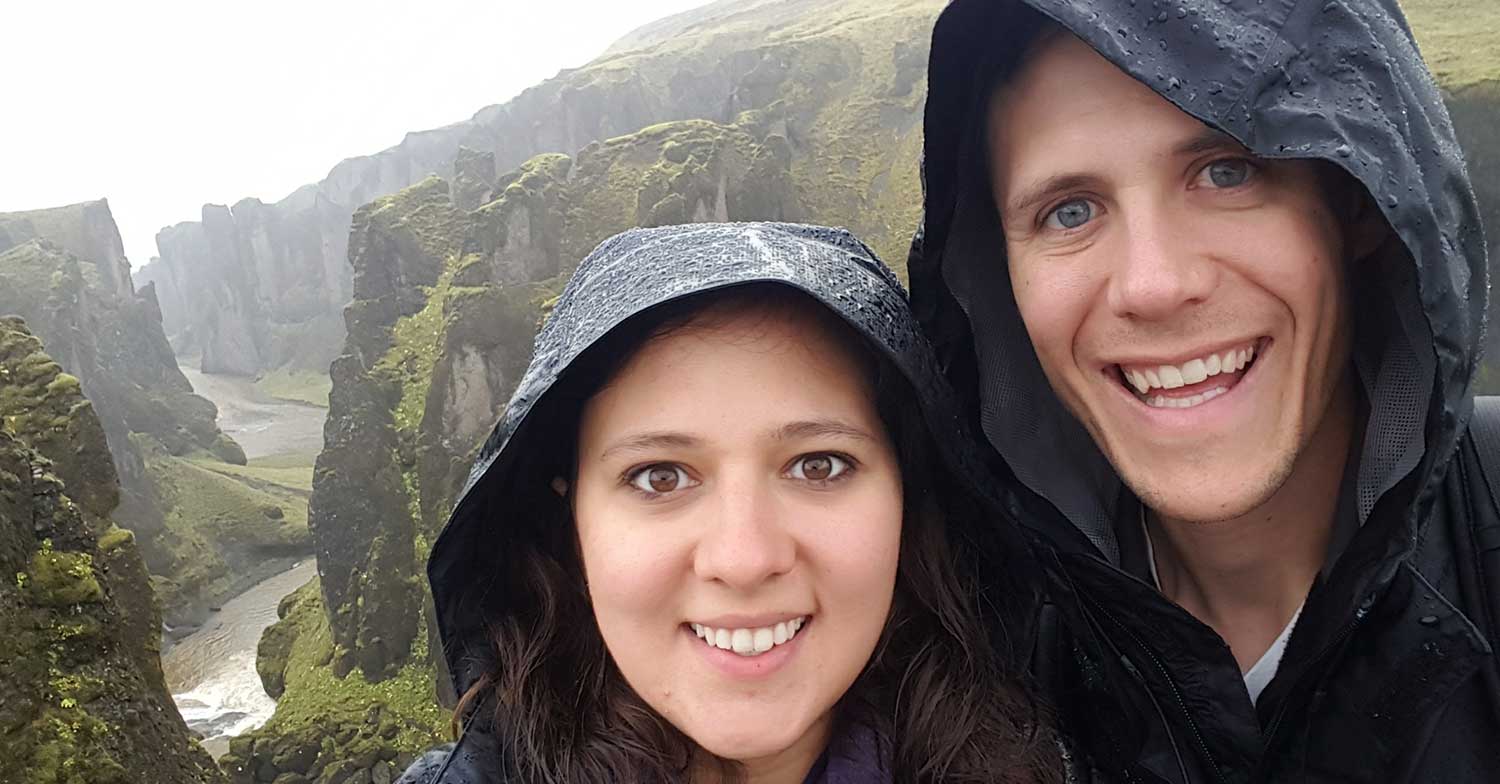 How This Newlywed Couple Got on the Same Page With Money

Imagine being a newlywed couple, late 20s, completely debt-free, with money in the bank. Too far-fetched, right?

That’s not the case for Emily and Al, a young couple from Minnesota. Just over a year after getting married, they were able to pay off all their debt and completely take control of their money.

How a Couple Used EveryDollar to Win With Money

After their honeymoon in December, Emily and Al began using EveryDollar and budgeting together for the first time ever.

The idea of budgeting together was a big change from the way things were before. “When we started using EveryDollar in January, our finances were separate,” Emily says. “We thought by having separate finances, we might be able to avoid money arguments and judging each other on what we bought.”

When Emily and Al started using EveryDollar, they realized their previous plan wasn’t going to work. Once they started budgeting, their money situation started to change. “We combined our bank accounts, and we got rid of our last credit card,” she says. Al had been saving to buy a truck, but they decided to use that money to pay off all their debt.

The couple is now on Baby Step 6—putting extra money toward paying off their home—and their money situation is looking better every day. “We’ve realized we can achieve the financial goals we want to,” says Emily. They’ve started saving for a truck again, began planning to finish their basement, and decided to take some vacations before they start building a family.

Emily says the sacrifices they made were difficult at first but completely worth it in the long run. “I used to buy Americanos every weekday,” she says. “Now I try to limit myself to one a week. We probably discovered about $200 extra dollars a month once we started budgeting,” she adds. “We don’t feel deprived, and we’re realizing that we have so much more money to put toward our goals.”

Like many other couples who start budgeting, Emily realized how much they were overspending on food. “I’m a dietician, and I love cooking when I have time,” she says. “I’m the first person to grab something new from the grocery store, and I end up having extra items in my cart that we don’t necessarily need.”

“Once we started budgeting, we had a set amount each week and an overall amount during the month. Having that has really helped us reduce the amount we spend on food and start putting that money toward our savings goals.”

More Than a Budget

Emily says, ultimately, budgeting has done more than improve their finances. “We’ve only been married a year, but we’ve been together for 12 years now. Our relationship has changed so much in the last year, and I attribute that to being on the same page financially and talking about our goals on a regular basis. Budgeting has had such a huge, positive impact on our lives.”

Start your budgeting journey with EveryDollar. It’s free to use and takes less than 10 minutes to set up.