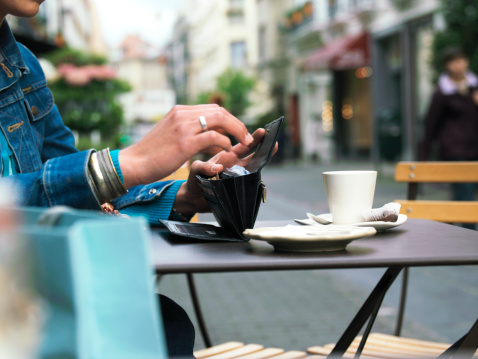 4 Small Indulgences Making a Big Dent In Your Budget

You’re not splurging on weekly facials or flashy diamonds. But if you’re like many Americans, your routine could be costing you more than $4,000 a year!

That’s a cruise to Hawaii!

Instead of letting small indulgences steal your cash, reevaluate your spending in these four everyday areas. After all, wouldn’t that cruise be nice?

Cut These to Save Money

You’re forever running errands around lunchtime. So instead of packing a lunch or eating at home, you usually just grab some food on the go. No big deal, right?

It could be. On average, Americans spend $36 per week eating out at lunchtime. Even if you just swing by a drive-thru, at $7–8 a pop, that’s a lot of lunch money.

To curb your spending, think about your schedule ahead of time. If you’ll be out at midday, make sure there’s enough in the restaurant budget to cover you. If not, take a minute to pack your favorite deli sandwich, a quick PB&J or last night’s leftovers. This little trick could end up saving you $1,800 a year!

Be honest: How many of the hundreds of cable channels do you regularly watch? Ten? Maybe fifteen? Why shell out for a ton of unused channels when, for a fraction of the cost, you can fulfill all your binge-watching needs with online streaming?

Even with today’s cheaper alternatives, more than 39 million of us are still paying around $86 per month for cable and satellite services.

That’s a lot of money to blow on your favorite sports and movie channels. If the big game is really that important in your household, or if you live for HGTV, why not downgrade to basic cable and a sports-only package? You can still watch all the shows you love—just for less.

This year, you vowed to make it to spin class three nights a week. But after a few late nights at work and the exciting, new no-sleep schedule your 4-year-old is trying out, you’re just too tired.

It’s estimated that we waste about $37 each month underutilizing our health clubs. So if cooking dinner, giving the kids a bath, and reading five bedtime stories is your reality, it could make more sense to walk around the block rather than hit the gym.

Do whatever works best for you. Just don’t blow $400 a year on best-laid plans.

Coffee is a necessity for many of us. It’s like air—deliciously caffeinated air. But that’s no reason to blow an average of $21 a week on extra hot, double shot lattés (without the whip, of course).

We know the talented barista down at Jittery Java handcrafts your beverage with love each morning, but let’s get real. If you buy some decent beans and add your own syrups and creams, your homebrew will taste just as sweet.

Plus, with a savings of more than $1,000 per year, you can now afford some darn good beans.

How to Take Control of Your Money:

Everything is good in moderation—even coffee and cable TV. But moderation often trips us up. That’s where the budget comes in. It’s okay to plan for occasional splurges, but make sure you’re not allowing small luxuries to run away with your future goals.

Control your spending now so you can live—and give—like a rock star later on.