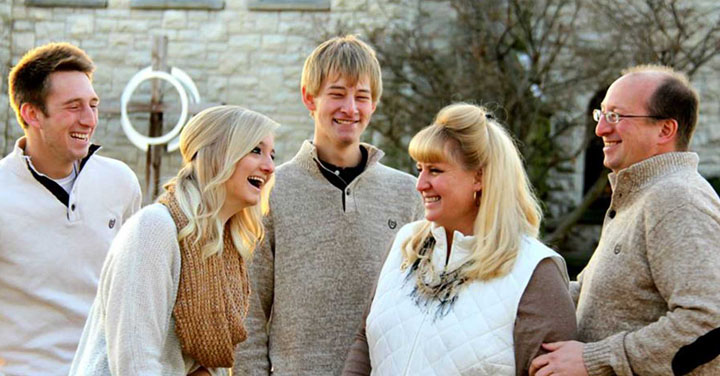 This Family Paid Off $168,000—And They’re Still Going Strong

Valerie and Gary were the typical American couple.

“We had credit cards, car loans and orthodontic loans,” Valerie said. “We made the mistake of refinancing the house and rolling our credit card debt in there. We swore we would never use those cards again. But we did. And then we took out a second mortgage.”

But if you walked into their living room today, you might be surprised to see what’s on the ceiling.

“We keep a debt chain on our ceiling,” Valerie said. When she and her husband decided to get out of debt, they created a paper chain to remind them how far they had come, and how far they had to go. “Each link represents $100. In the beginning, it filled up the whole ceiling.” 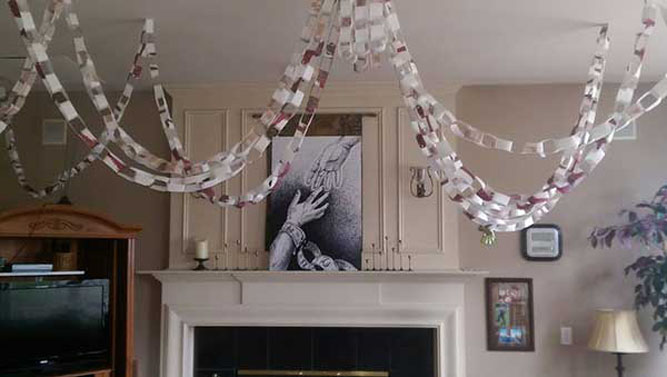 How This Family Stayed Motivated to Pay Off Debt

It’s been three years since they made the decision to start paying off their debt. They’ve worked relentlessly and sacrificed things like new clothes and summer vacations—and they have some pretty impressive results to show for it. “We’ve paid off a little more than $168,000 so far,” Valerie said. More than $90,000 of that was non-mortgage debt.

They’re not done yet. But they're still going strong.

For years they didn’t even have a budget. They tried once, using pen and paper, but it was too complicated and they eventually gave up. It took them reaching their breaking point—overwhelmed with debt and facing the reality that they couldn’t provide for their family if they didn’t make a change—before they got serious about putting their paychecks to work.

“We still owe $4,000 on a car loan and $20,000 in Parent PLUS loans,” Valerie said. “We took those out before we knew any better.” It’s a tiny amount compared to where they started. And they just got some good news that makes the light at the end of the tunnel seem even closer.

Because they used a tax professional for the first time, they found out they have a pretty big tax return headed their way. “They took a second look at our taxes and found out that, for the last three years, we weren’t taking the American opportunity tax credit,” Valerie explained. They’re now expecting a $14,000 check to arrive in the mail any day now. They plan on putting the entire thing toward their debt. “That car loan is going to be out of here, and a big chunk of those Parent PLUS loans will be gone!”

Even though they’ve been attacking their debt with a vengeance for the last three years, Valerie said it hasn’t been as tough as they thought it would be. “It’s almost like a way of life,” she explained. “The hardest part is wanting to get the debt out of here because it was so stupid to accumulate.”

Valerie and her husband believe the budget has been crucial to their success so far. “Budgeting gives you a direction and a plan for your money,” she explained. “Before we started budgeting, we had an idea of where our money was going, but we didn’t know how much was slipping through the cracks.” With EveryDollar, she says they’ve been able to tell every single dollar where to go.

Now that they’re in the final stretch, they are counting down the days until they’re done. And every time they pay off $100, they remove a link from their debt chain and cut it into little pieces of confetti. “We want to throw that confetti up in the air,” she explained.

“We’re really excited. There’s such a peace knowing there’s an end to the road. Then we can start planning for retirement and focus on leaving a legacy.”

Make the decision to take control of your money now! Create your first budget with EveryDollar – it’s free and takes less than 10 minutes to set up.